***NOTE: Please note that this price does not include insurance in case of lost or damage. You are responsible to secure the insurance for the package which values at $3,000. 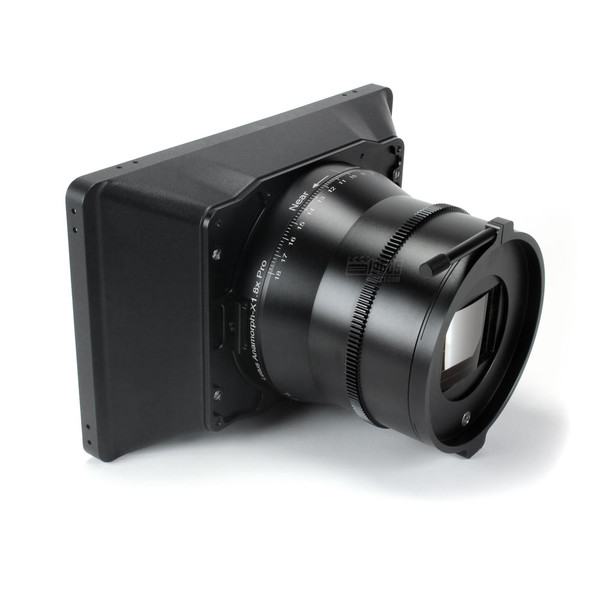 Anamorphic Look on an Indie Budget

This adapter gets filmmakers very close to the look of true anamorphic lenses without the high cost. Most of the hallmarks- wider field of view, elongated flares, oval bokeh, curvature of the image, and interesting image softening effects in out of focus areas- are present. For our needs, this adapter was excellent because renting anamorphic lenses for an extended period of time was not an option. The 1.8x squeeze factor is in between Letus's own 1.3x adapter and the traditional 2x. This requires a little cropping in post to get to 2.39, but the added benefit is that it provides some slight lookaround room on the sides of the frame, if you shoot in 16:9 aspect ratio (The unsqueezed image before cropping is closer to 3:1). Shooting in anamorphic mode on most cameras (4:3 sensor) would require cropping the tops and bottoms of the image to achieve 2.39. Having used the 1.3x version, I would still say it is worth looking into the 1.8x if you are after the traditional anamorphic look, because the effects listed above are much more exaggerated with this version. This adapter does soften the image, but in a visually pleasing way just like the real thing. The widest aperture I was able to shoot at on a Super 35 sensor was a 2.8/4 split. Any wider, and it was not possible to get sharp focus. However, this aperture worked very well for our needs, providing image clarity as well as throwing non-essentials slightly out of focus. The diopter on this adapter is not as simple to use as the 1.3x Letus version, but once you get used to it, you forget about it. Additionally, as far as compatible focal lengths, on Super35 we were able to use 35mm and 50mm without problems. Using an 85mm required stopping the lens down to 4/5.6 or smaller aperture in order to keep it in focus, which was unfortunate. If we needed to get very close, sometimes we had to shoot without the adapter on and crop in post. Also, when using a 24mm or wider, the sensor vignettes due to the sides of the adapter itself. However, with a slight crop, 24mm is usable. We did not try to go any wider than this. The adapter comes with a matte box that includes a clip on filter tray (4x5.65 filters only) and a french flag. This is helpful because it prevents needing to purchase long lens rods in order to support both the adapter and a third party matte box in front of the adapter (A lens support is absolutely required). I didn't notice any color shifts, and only a slight decrease in the light intake of the lens when using the adapter. Also, while lens changes become a little more complicated, after using it for a while it becomes second nature. The only real issue I encountered was that, even with a lens support, the adapter's weight would cause it to come slightly loose from time to time. However, it was never enough to derail our shoot. Also, it would be nice if Letus developed a front lens cap for storage- as of now, it does not come with one. All in all, I'm very glad I used this product. I've shot with it for around 60 days now, and it's still holding up. The 50mm and 35 mm combinations have worked very well. It's been great to achieve the intimacy of a close up with the interesting compositions of wide angle, all without changing lenses. This adapter brought a scope to our project that we would have been unable to achieve otherwise.